All-party groups can give the work of charities added credibility and validity – and allow MPs to find out more on a specialist subject. 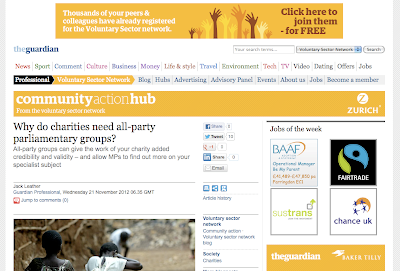 Lord Oakeshott has called for the role of the stock exchange to be re-evaluated to tackle the “grotesquely large” gap between top corporate pay and the salaries of the rest of the workforce.

Read my Left Foot Forward blog on the TUC ‘After Austerity’ event here.

A new approach to international development?